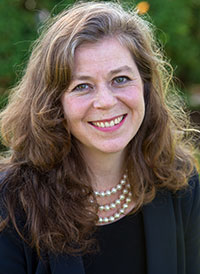 Suzanne has worked with and for children for more than two decades and was called to the bar in 1995 (Ontario) and 1996 (BC). She is a family law lawyer, was the Deputy and Legal Director of the International Institute for Child Rights and Development, and has led several child focused projects in Canada and internationally.

Through Suzanne’s leadership the Hear the Child interview model was adopted in BC. She founded the BC Hear the Child Society in 2011 and was instrumental in launching the initial Roster of qualified child interviewers in 2012. Suzanne trained the original Hear the Child Interviewers and educates professionals about children and their views. She has created international award winning education programs for the Continuing Legal Education Society of BC with psychologist Dr. Joan Kelly on child participation in family justice processes and structured child interviews (2007, 2009, 2011), and with the Honourable Justice Donna J. Martinson (retired) on Children’s Access to Justice (2015, 2017).

Suzanne has had the privilege of facilitating children’s participation, listening to children, and sharing their views in many forums, including as a child interviewer in family law.

She finds hearing from a child helps adults better understand what is happening in the child’s life, gives the child an opportunity to comfortably express views on decisions affecting them, and helps adults make decisions that squarely address the child’s concerns and realities.